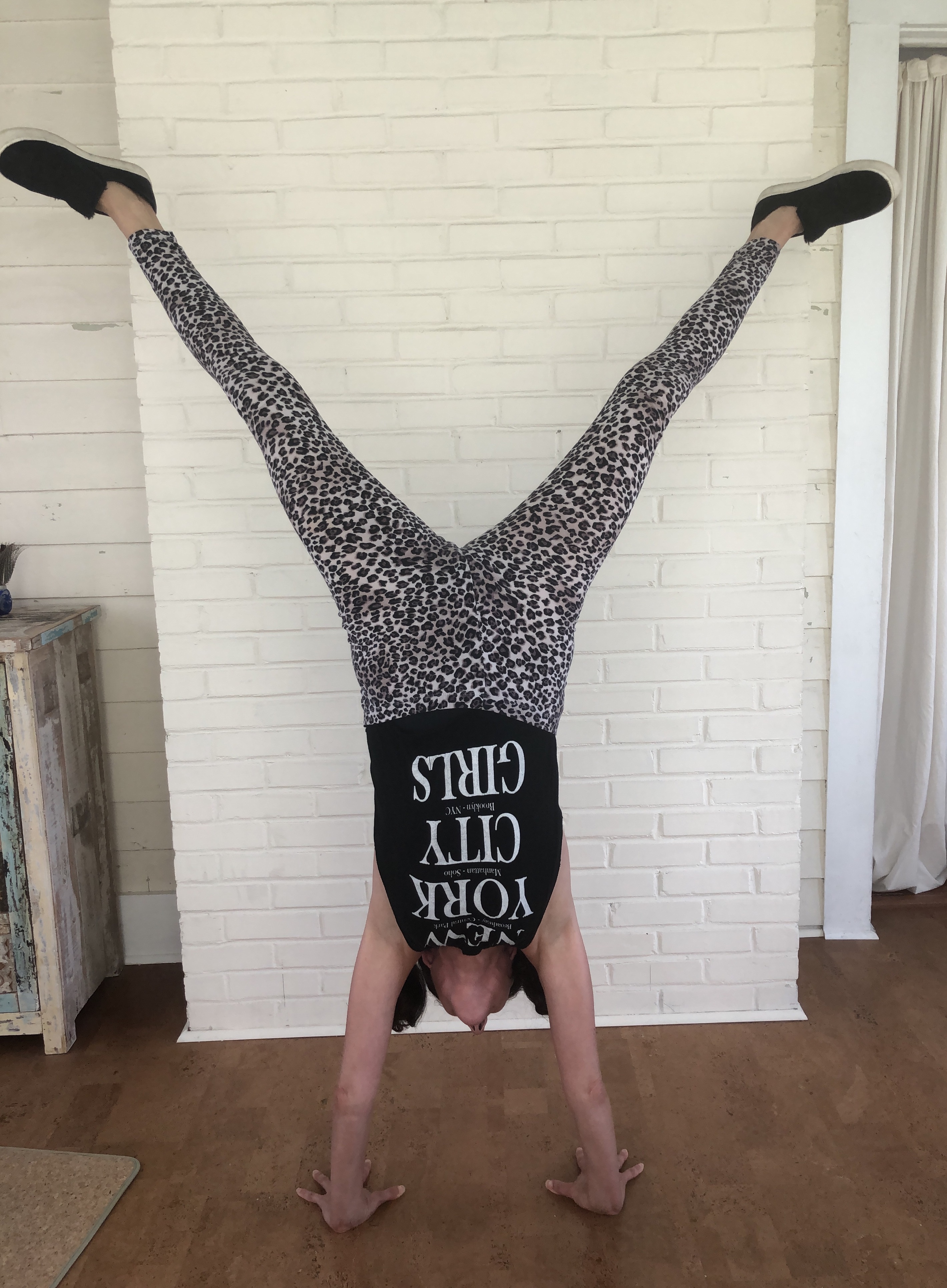 We were just maybe starting to get used to the “new normal” of this pandemic that has swept across the globe like some cosmic searchlight beaming ruthlessly into every hidden corner of what has remained unhealed in individuals, families, societies, the planet itself. Then a black man bought a pack of cigarettes at a convenience store in the Midwest and paid for them with his life.

He was murdered by officers of the peace—the very people who are supposed to serve and protect. This incident might have gone by like any other act of police brutality, which we have come to accept as commonplace, but “normal” was far in the rear-view mirror by May 25th 2020. We were so shaken up already—off balance, you could say—that we became willing to think about trying a new position.

In yoga, we purposely test our balance in order to find greater stability, better alignment. Societally we have arrived at a tipping point, where it is clear that we have no choice but to right ourselves.

“There is no more neutrality in the world.

You either have to be part of the solution,

or you’re going to be part of the problem.”

It is no longer enough, if it ever was, to be…well, not overtly racist. We need to change. Yoga practitioners are oriented toward transformation, but you can’t just wake up one day and be different—it’s a process. It’s a discipline. It’s a practice. You don’t get the results unless you commit to the practice. This is as true for social change as for personal.

Just as, at the beginning of a yoga class, you are often asked to set an intention for your practice, practicing anti-racism means deciding to hold that as your intention.

Let’s say that in yoga you set an intention to challenge your fear, and you want to work towards getting up into a handstand. At every point in the class, you need to remain focused on that intention. That means showing up for all the difficult, painful, sometimes scary postures in between you standing on your feet and you standing on your hands.

To practice antiracism means you don’t just say you want it, but keep returning to that intention. Every time you come face to face with a situation—a conversation, a choice of what to read or watch or do, a piece of media, even a thought that never leaves your own head, ask yourself whether it is aligned with your intention, or not?

In a yoga class, your actions are being reflected—sometimes by an actual mirror in the studio, but more often by the instructor, who will tell you when you are out of alignment. The more you practice, the better able you become to see yourself from the inside out and line yourself up with your intention.

This moment in history is a mirror. A lot of us suddenly see clearly where we stand, perhaps for the first time ever, and see the need to grow. We don’t feel like racists, because we don’t believe that we harbor racial hatred, let alone act out of it. But if we are open to what is currently being reflected back, we realize we are much more out of line than we’d thought. So we take in the correction, we adjust ourselves.

As yoga teaches, progress requires discomfort. In the end the discomfort is worthwhile, as it is the agent of transformation–like heat to a pile of logs creates a flame.

Striving toward an intention can be daunting. Often it really does seem…unlikely, whether it’s getting up into a handstand or healing the racism that has pervaded American society since its inception. You may be profoundly uncomfortable making fumbling efforts. You might feel embarrassed at your incompetence, afraid to try. You might try, and mess up. If you don’t go through this sometimes agonizing process, though, you have no hope of ever touching your intention.

It’s easy to say, “This is so much bigger than me. There is no way my intention makes sense in light of what I know about myself and how the world works.” That may be so. It might not make sense under your current set of beliefs. Suspend your disbelief. Imagine that what you wish were possible is possible, and act accordingly.

So many right now are feeling deeply moved to do something but are not sure what. Suggestions include: educate yourself, read books by black authors, contact your representatives, VOTE, work against voter suppression, buy work by black artists, donate to bail funds and social justice organizations , have difficult conversations, get out in the streets and protest, support police reform…

Do one or do them all, but what is most important is to show up consistently in your practice.

Ibram X. Kendi defines anti-racism as “not a fixed category…not necessarily who you are but what you are doing in the moment.” Hold every moment up to the light of your awareness, and be honest with yourself about what you see–without judgment or guilt.

Berating ourselves for our lack of progress, looking around and judging others for the action they are taking (or not), battering each other with out-of-context quotations from black leaders of yore—most of this is unhelpful. Our guilt is what paralyzes us, not what spurs us into meaningful activism. So let’s just take a deep breath and…let aaaall that go.

Letting go of the guilt does not mean closing our eyes to awareness or relaxing our effort.

To really reap the benefits of yoga, one must practice “for a long time, without break, and with all earnestness.”

Similarly, taking action against racism is not a one-time thing. It doesn’t have to be big, or public, or showy, although sometimes it does and is. More often it is mundane. Just like a yoga practice, it is one day—one hour, one moment—at a time.

We have to believe change is possible. Even in moments when we don’t believe, we nevertheless just do: hold the intention, allow awareness, be with the discomfort, and act.